Pish Posh: The Assumed Demise of the Public Library 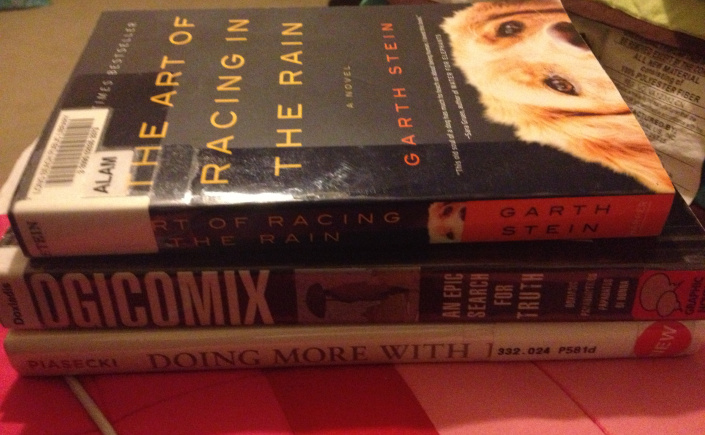 At the tender age of nine, I remember going to the library with my dad. He signed my younger brother and I up for library cards. We checked books out that day. From that day until the start of my college days, I can count the number of times I visited the library on one hand. While I loved to read, it was just not a place that I was encouraged to go to. And I was not that adventurous kid that went out on her own outside of the immediate neighborhood.

There were two libraries within a 3-mile radius of my home but I clearly did not use them. And if I knew someone who did, they never talked about it. Library, a government resource that is open to the public. Yet, I was not taking advantage of it. All of the services offered in these spaces are free. That is, if you abide by the rules. Folks who overuse materials get fined a small fee.

In college, the library became a fourth home. I preferred studying at home or in a center on campus. But I frequented Shields for group study sessions a few times per quarter. My third year, I fell in love with the southern wing of the fourth floor, where design books lined the shelves. I still have a slight obsession with design and wish I were able to sit among those books again.

I got lost in them. And I’m finding myself getting lost in them again. During my day job as a Library Assistant, they surround me and I am currently reading three books that I checked out simultaneously. (You can see my picks on the sidebar under “Currently Reading.”)

I’ve heard speculation that libraries are no longer necessary in society. One of the reasons was because of the access people have to information on the Internet. To say that I disagree with the sentiment is an understatement. There are people who do not have access to the Internet in their homes. We give them access to computers. There are patrons that need assistance with research. Librarians do an amazing job with helping them. And course there is that whole thing about being able to borrow books for free. (But to keep it real, libraries are in part paid for with taxes, so folks may as well take advantage of resources that are partially funded by them.)

In the Volume 42, No. 3 Issue of Library Hotline, released on January 21st, 2013, there was a piece about libraries in New York. While trends will be different in every city, the piece shed some light on the use of libraries in the state.

The Center for an Urban Future reports that New York City’s public libraries have increased circulation by 59 percent and program attendance by 40 percent in the past decade. Computer sessions grew 62 percent in the past five years. Growth was the highest in the Bronx, which showed a whopping 134 percent increase in program attendance and 102 percent increase in circulation. (The report covers all three systems in the city: the Brooklyn Public Library, the Queens Library, and the New York Public Library (NYPL), which provides service to the boroughs of Manhattan, the Bronx, and Staten Island.)

Did you know that many libraries give users access to books in tablet form? That’s right, you don’t always have to download them for a price, unless you want to support the author, which I definitely encourage. I just want to pass along the information because not enough people use resources that they have complete access to. Here’s a piece from Colorlines that speaks about increasing the access to internet. My thought: Keep libraries open later. I wonder if politicians will pay attention.

Libraries are necessary. They are being used and I am going to go ahead and say that the patron count at libraries is going to rise as time continues to pass.

Do you use your library? What is your favorite service that your library provides? What was the last book you checked out from the library?